How it all started

UTF-8 as we know it today started with (now defunct) OS called “Plan 9“. All is behind that link. UTF-8 is one of the offsprings of that OS.  Here is the fascinating PDF from 1992 January: UTF-8-Plan9-paper

Looking from where are we now and in the context of WG21 for me at least, the most fascinating thing emanating from that pdf is the easiness and effectiveness of decision making. Without the presence of 200+ people around, in that ISO committee.

Oh yes ISO is also in there, just read it. The document is short and sweet.

In order not to be accused of “having an agenda”, I shall recap the situation as of today (5 Apr 2020) and produce some kind of usable solution.

In case of using Visual Studio 2019 (fully up to date please) use the /utf-8 compiler switch. That means your source will be utf-8 and the “executable character set” will be utf-8 too. If on Linux do nothing, code bellow will “just work”.

What point 3 above actually means is, one can print the utf8 by casting to char * and one can iterate over utf8 literals too. For example:

printf("%c", elem); above “knows” utf-8 is the source and executable character set, thus the expected appears, glyph by glyph:

If on Windows be sure the console font selected can show those glyphs. Also, make sure chcp is set to 65001. Which on win10 by now is the cmd default.

Above begs the question: if that works what is the point of having crippled char8_t in the first place?

ps: We serve all kinds of customers. So if you like pain, the entrance is here: Null-terminated multibyte strings.

The Boson: One that is hard to catch

Here is my succinct message. Regardless of OS, there is no legal way to output UTF-8, string or char. Let us try printf.

For “no decision yet”, WG21 is “blaming” WG14 … thus few more short years and the world will have formating char for UTF8, from C/C++ that is. I am also puzzled, why making char8_t a keyword and then not implementing support for it?

Perhaps so far WG21 SG16 sees the issue like this:

Confused? Rest assured, by 2023 this will be done and dusted.

JavaScript, GO, and all those youngsters are “Unicode based”. That is: source code is Unicode, strings are Unicode even variable names are Unicode. And it all just works. And. It is all in UTF-8 Unicode.

So is this utf-8 thing any important? Here is the data. Six years after this graph and utf-8 is everywhere.

Before we go any further: C++ was born on UNIX. LINUX these days. And over there in that distant galaxy, far far away from the dark force of Windows, ‘char’ rules. And yes, it is all utf-8 encoded.

Quiz question: Who invented UTF-8? The answer might be so obvious, you might be amazed at how obvious it is. Look it up.

And then, the big bold “modern C++” committee (aka WG21 )has decided to “make this right”.   For some committee logic reason, utf-8 was expressly ignored. Thus  char16_t and char32_t were born first. And utf-8 and char8_t were “discussed”. u8 string literal was documented in a c++11 draft and the world has gone by for the next 9 years.  C++20 cut-of-date has come and passed by us, and we are nearing C++20 release and some of us C++ lemmings, are happily playing with C++20 already available goodies.  char8_t including.

Thus Unicode characters are part of C++11/14/17/20 standard.  But now we are coming to the moment when the most important one (char8_t) has to be implemented and make C++ in that process, fully utf-8 capable. What could possibly go wrong?

The current C++20 (not)draft says that char8_t , it is a keyword.  Fine.  utf-8 string literals are u8 prefixed.  Let’s try this right now, November 2019.  It works. Probably because char8_t has unsigned char as an “underlying type.”

printf()is apparently the responsibility of WG14, aka “ISO C committee”. And char8_t is (un)officially part of ISO C 2.X. Which will be ISO C20, or 21 or whatever? With a bit of luck, it will be “out” in the year 2021. Let me repeat this core devil detail: this is not official.

I am now wondering what are those “sensible systems” where that single line does not work. That should not work in C++20 mode with your compiler.  But it works, and I do not know if this is “by accident”.

The only particle that can escape the black hole is information.

Yes, dear sharp-eyed reader: C++20 will come out before ISO C2.x. And that will leave printf() and char8_t in an undefined state until then. I think, better described as an un-informed state. Right in the middle of C++20.

2019 November, C++20 (WG21 committee) is in a “un-informed” state about char8_t.  Apparently char16_t and char32_t are ok to be fully implemented, but char8_t is not ok to be implemented. Any concrete info on that WG21 not-decision is hard to obtain. “It has to do something with legacy” is the educated answer.

There was a WG21 chain of events and chain of the decisions on ‘char8_t’ for the C++20 release.  But, it is now not clearly documented and not explained in one place.

I have a solution — perhaps

There are (where?)  distinguished members of WG21 , that claimed, char8_t* is  a proverbial “can of worms” because of our good old char* and legacy code. But I just fail to see why simply not stopping char8_t and charbe convertible to each other?

That might be a simple solution. And that will NOT be a dreaded “breaking change”. Such code does not exist or is very rare, in the present so it can not be broken.

Note: with char16_t and char32_t you can do the above casting to char *.  I think that was clumsy to allow for that.

But they are not. That would be a breaking change.

Has a name, but does not fully exist

Such a thing exists in the spec. C++20 type that is named but not fully implemented. Or is it: Somehow implemented? And that is char8_t. The un-observed boson of C++20.

It is actually defined in N4849 but the definition (p.17) ends with:  “A UTF-8 character literal containing multiple c-chars is ill-formed.”.  That means exactly this:

I have done some tests with a single element from an u8 sequence. And that indeed does not work. char8_t * to printf("%s") does work (somehow), but char8_t to printf("%c") is an accident waiting to happen. So I will not use that one.

For the latest and shortest test Please see this Wandbox.To save you reading my code, here is the key issue.

To make things ever bit more convoluted for C++20 aficionados, to print u8 right now, the only sort-of-a sure way is:

“Use std::cout!”, I hear you shout. Unfortunately, that does not compile in C++20 mode of all the three (or is it two?) top compilers.

And that is also documented. To start reading on this subject, these two papers are the required starting point:

To make char8_t unbroken, (before the C++20 imminent release ?) will be an interesting spectacle to watch.

The WG21 committee might even try and claim the GNU, LLVM, and MSFT are to implement it somehow. Perhaps by committing to the final and official decision that is promised for the year 2023 and C++23.

And WG21 can claim, it is the responsibility of WG14 to define, char8_t first. Before it can be implemented anywhere, second.

Let us just hope compiler vendors will agree on a common char8_t format specifier, and all the other little devil details, and do the resilient implementation. In time for the C++20 release?

But wait, there is more!  There is also yet another un-informed devil detail. Standard library header <cuchar>. As of 2019 NOV, this is the situation, with that. Currently and certainly in a very uninformed state. 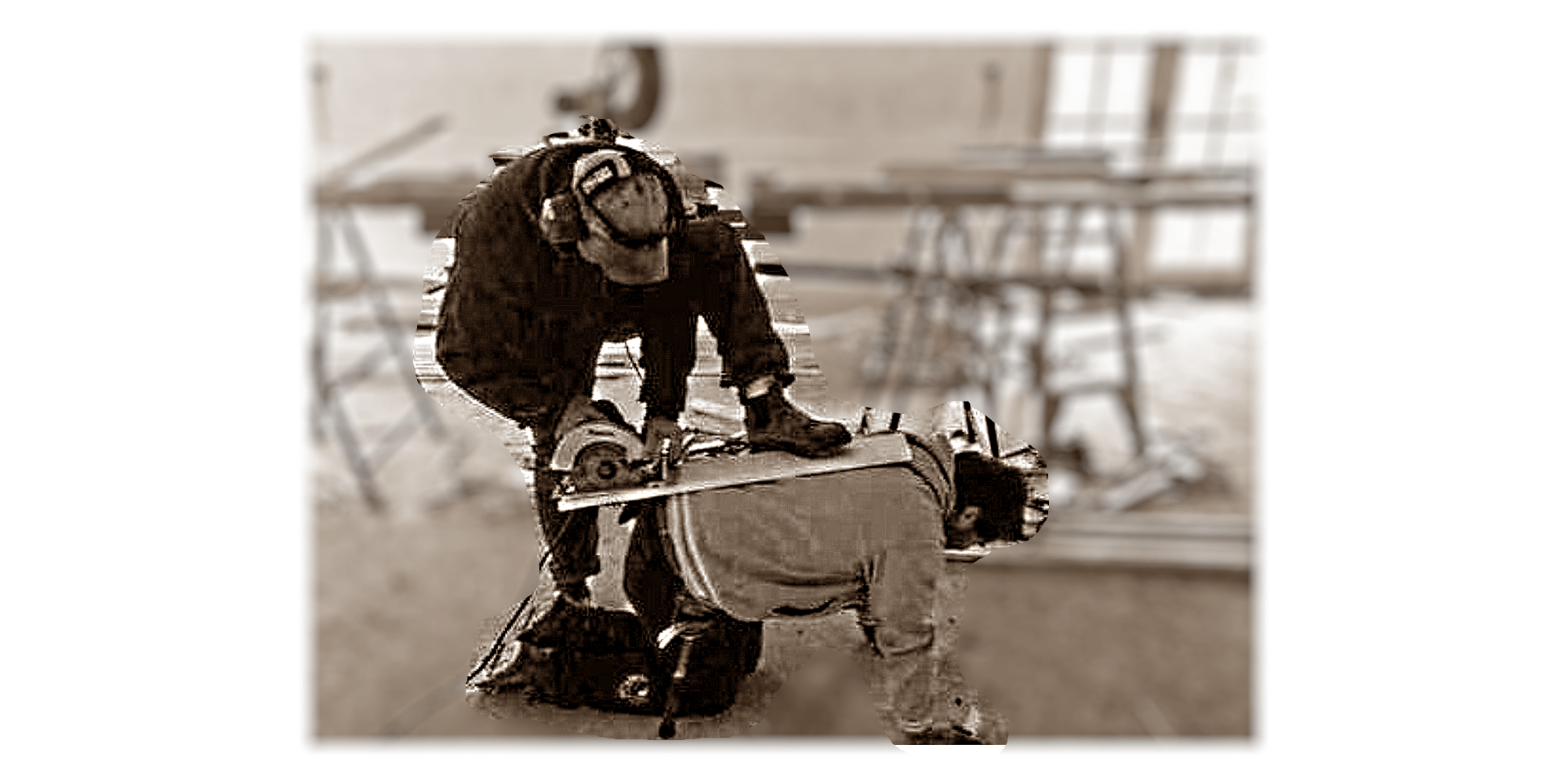 What could possibly go wrong?

This site uses Akismet to reduce spam. Learn how your comment data is processed.